Superstitions all over the world! 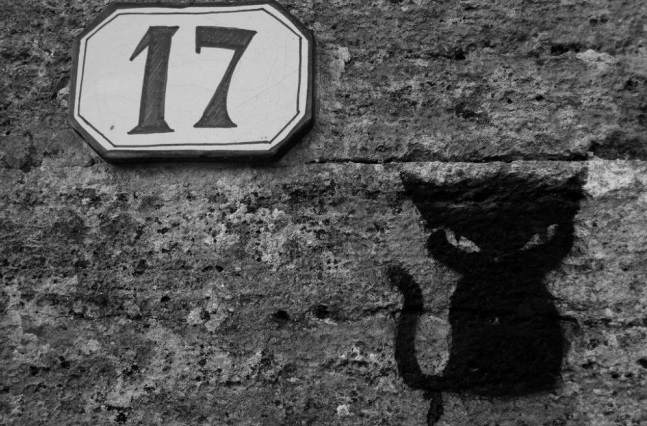 Superstitions all over the world!

Is there anybody out there who is not superstitious?

We all believe in daily practices, small objects, numbers, superstitions, which have to be made or not, in a very precise way in order to avoid the bad luck.

There are some odd ceremonies and superstitions all over the world. Let’s see what happen in Europe and in some other countries in the world!

Italy is a pretty superstitious country and you will find  different superstitions according to the several regions that made up the whole country. For example: the black cat is a symbol of bad luck and you have to hope not to meet him/her and that he or she doesn’t cross your path, otherwise you will have to wait and to let someone else to go before you. Also  17th the Friday is really a bad day and you had better not to do anythig important on it. If you go under a ladder or the salt falls down on the floor during the days cointaing the letter “r” in their own names, it can bring you bad luck. Moreover don’t accept an handkerchief as gift, it’s a symbol of sorrow and you have to pay at least 1 cent to the donor.

In Germany there are different superstitions, for example they are referred to the birthday. You don’t have to wish Happy Birthday to someone before the midnight, so the moment in which starts exactly his or her birthday. Otherwise, according to the ancient legend, the demons can hear the best wishes and they will do everything they can to ruin them. It’s also better to look other people in the eyes when you toast to, because it guarantees that there is no poison in your glass.

In England meeting a lone magpie is a symbol of sorrow. Usually they move in couple and if you meet only one of them, it means something bad. It’ s necessary to greet him/her with a particular form og greetings, in which you wonder about the other magpie. This will ensure you the friendship of the magpie and he or she will not steal your jewels.

In France and in Sweden the bad luck is referred to particular animals, like the spiders. Don’t kill a spider in Sweden, otherwise it will rain for the next 7 days. Moreover don’t meet a spider in the morning when you are in France, because it means bad luck. As for the spider, it is considered in a totally different way in Italy, where is a symbol of richness.

In Spain the most unluckiest day is Tuesday the 13th. It is the substitute of italian Friday the 17th and Friday the 13th in USA. Please don’t get married or travel on this particular day.

In Turkey you don’t have to give directly a pair of scissors or a knife to another person. It means that you want to fight with him or her or even become his or her enemy. If it happens, you can do a revenge by planting a fig tree in front of his or her house. The fig tree can bring bad luck.

In Japan the bad luck is linked to some numbers: 4 and 9. The first has the same pronunciation of the word “Death” and so it reminds to this concept. For this reason, please don’t make gifts which are made up by 4 elements, for example the flowers. In the buildings, there isn’t the 4th floor and also it is not used in the numbers of the flats. The second number, 9, reminds to the idea of suffering too.

Finally in Vietnam, the women shouldn’t go bed with the make-up on their faces, because it could be dangerous. The make-up, according to the legend, reminds to demons and they could mistake for and think they are demons too.

And you, do you believe in superstitions?