The Alphabets in Europe 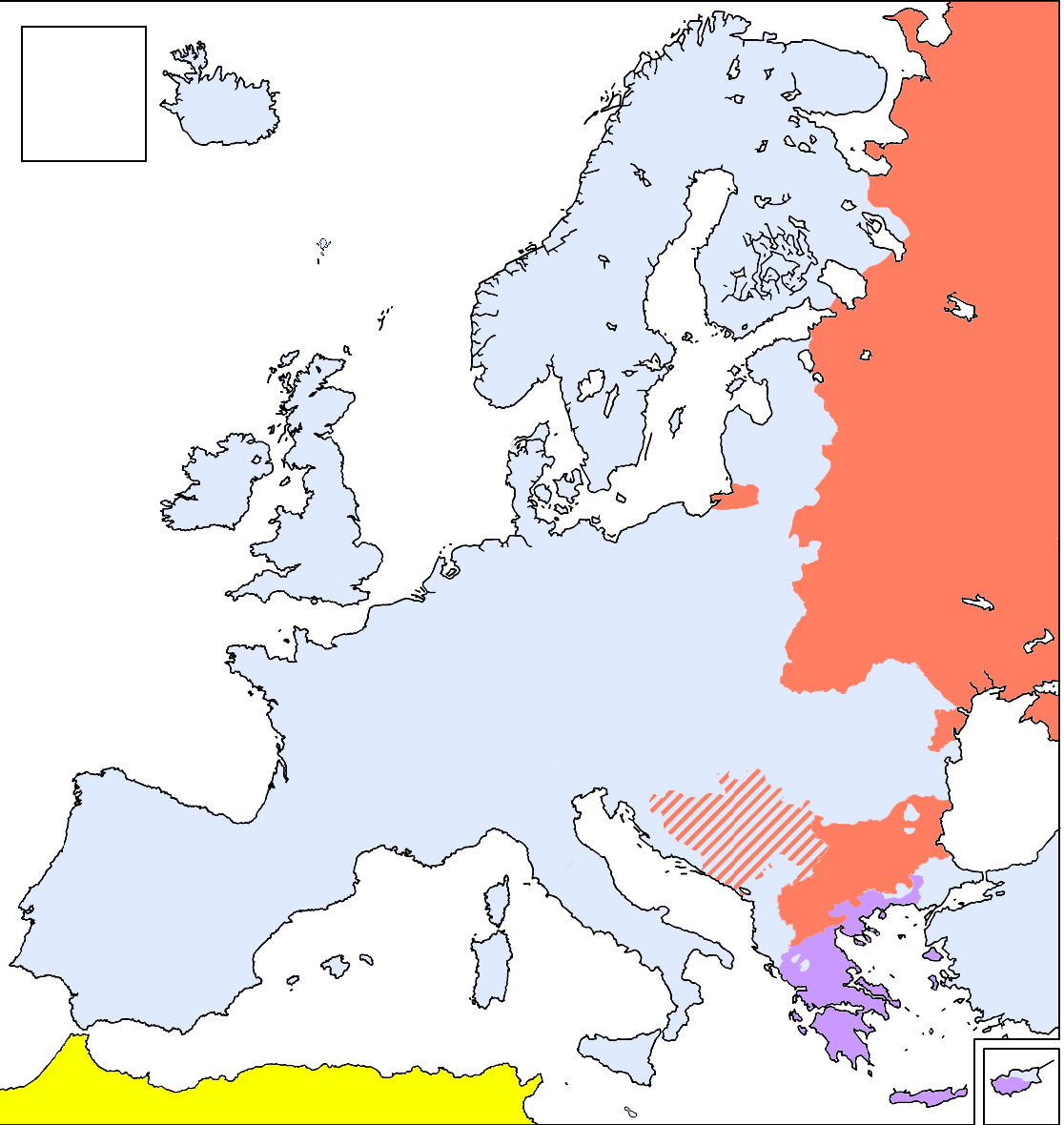 The Alphabets in Europe

Have you ever thought about how many alphabets there are in Europe? There are 3 alphabets: LATIN, GREEK , CYRILLIC.

If you look at the map, you can find the area coloured in hell blue. This part shows the diffusion of LATIN. It’s the most used alphabet in European languages, like: Italian, French, Spanish, german, Protuguese. The capital letters were introduced first by Romans, while the lowercases came later.

The lilac area shows the presence of GREEK alphabet.  It’s the ancestor of Latin and Cyrillic. It is used only by Greek language, but it really common in the scientific writin, where it is usually used.

The orange part of the map is where the CYRILLIC alphabet is spread. It is linked to Greek and it was exported by Orthodox religion. It appeared first in Bulgaria. It is spread above all in balcanic region and Russian area.

Some of the balcanic languages use both alphabets, Latin and Cyrillic, as it is shown in the parts of the map, characterized by the orange stripes.

As you can see, a part of the map is coloured by yellow. It’s the area of North Africa and it represents the area in which it’s spread the ARABIC alphabet. This kind of alphabet is not used by European languages, but only in the Middle East and in some African countries. It’s the only one in this map that develops itselef from the right to the left.

And You, how many alphabets do you know?