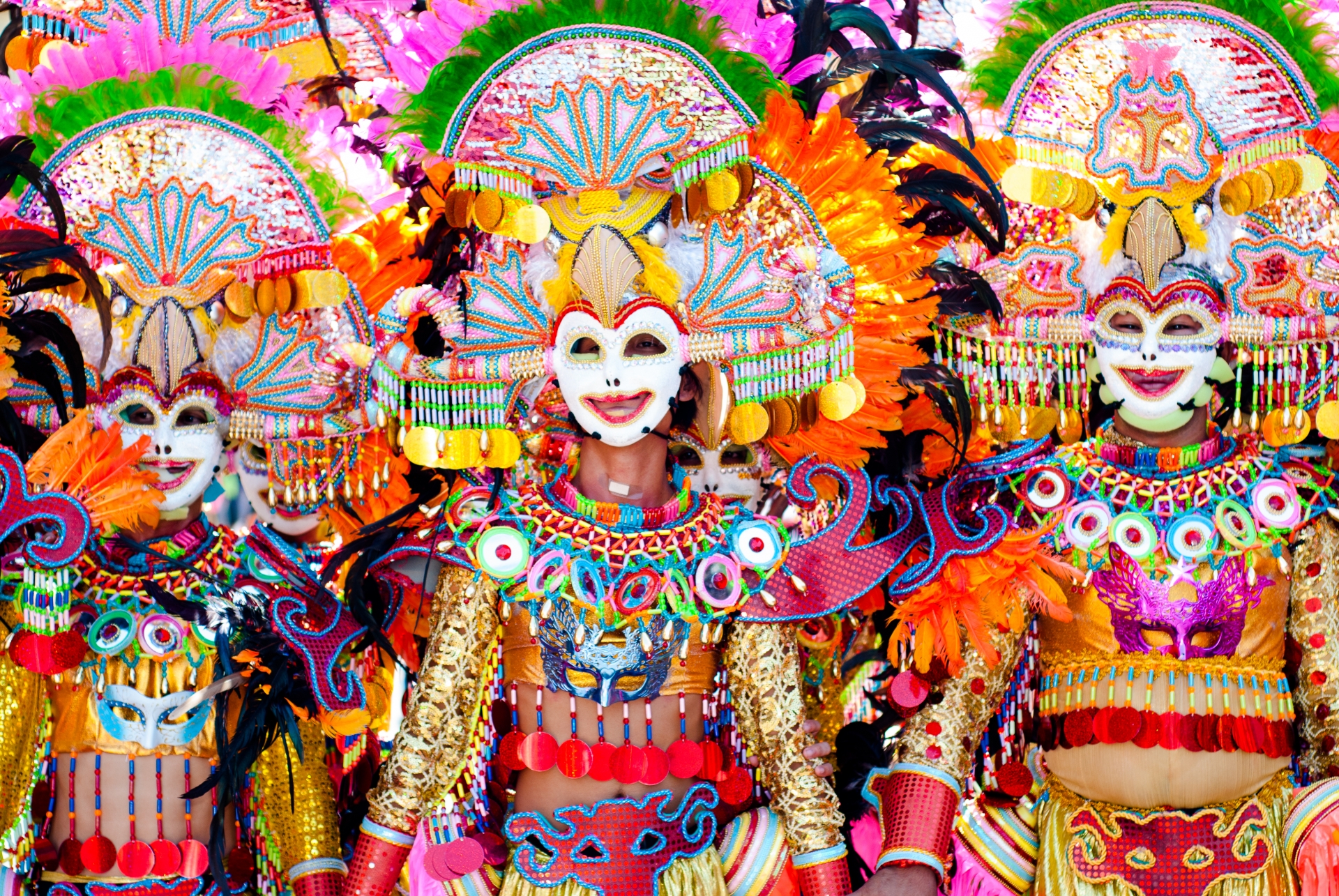 It’s Carnival Time! All over the world people celebrate Carnival.

Who doesn’t know the Carnival of Venice with its historic, charming and mysterious masks?

The most famous Carnival in the world is Rio de Janeiro’s one, the most colourful Brazilian party.

And what happens in all the other countries?

Travel with us and discover it!

In Germany, the main celebration is represented by the Carnival of Cologne: it starts on 11 November at 11:11 with the introduction of three main characters: the Prince, the Jack and the Virgin. They walk among the public only on Carnival Thursday. On this day women are the protagonists and they reign all over the city by becoming more powerful than men. They are disguised and they capture their men by cutting their ties, as if they were enemies.

In France at Nice, the Carnival is a very old celebration. Every year there are parades of carnival floats, masks and the “flower battle”. The flowers are the main element above all in the parties at Prince Albert I’s gardens. On carnival Tuesday it takes place the great parade of masks and it lasts until night when the fire of King Carnival, the great fireworks show, closes the celebrations.

In Greece, the most beautiful Carnival is the Pratasso one: it lasts three weeks and there are flowers parades and masked balls. There are also the battles of chocolate where some disguised girls throw flowers and sweets to the public. The main mask is called domino nero, it has a black mantel with hood. On Carnival Friday there is the ball of domino nero, to which the women take part alone by wearing masks and black gloves. The men wear the typical costume called tudexos.

In England, in London the main celebration is represented by the Notting Hill Carnival which derives from Caribbean immigrants, in particular those from Trinidad, the city where Carnival traditions are very ancient and deeply rooted. The immigrants dreamed of a celebration time which could gather all the communities and cultures of Notting Hill together. Music groups ad masks made the first parade in 1964 and it was a great success.
Today Notting Hill Carnival is a worldwide event and there are a lot of music groups from different countries like: Afghanistan, Kurdistan, Bangladesh, Philippines, Bulgaria, Russia, Brazil, Caribbean, Africa, South America and UK. The celebrations take place in the last week of August and there is a two-day parade, when two huge stages host famous artists from all over the world.

In the USA, in the crowded streets of New Orleans, there is the Mardi Gras, which at the beginning was reserved only for rich people. All the masks and disguises are allowed and everybody enjoy the party by bringing a bag to collect all the objects thrown from the carnival floats and the terraces.

In Switzerland, the Basle’s Carnival is the most famous celebration and it is called Fasnacht. There are a lot of masks and the music amuses the streets of the city. The party develops itself among the cafés and all the people sing and joke by speaking the original language called Schnitzelbängg. The main attraction is the ‘Gassle’, a parade of masks and disguised people who play drums and flutes.

In South America there is the most important and famous Carnival in the world: Rio de Janeiro’s Carnival which started in 1723. It is well-known all over the world and two millions of people travel to Brazil every year to watch this unforgettable show. The streets of the city are full of people who dances samba and two hundreds of samba schools entertain the city with their music and balls. There is a challenge among them and everybody tries to be the winner. The Sambadrome is the perfect place to take parts into one the parties that light up Rio’s nights.

Are you ready for the party?